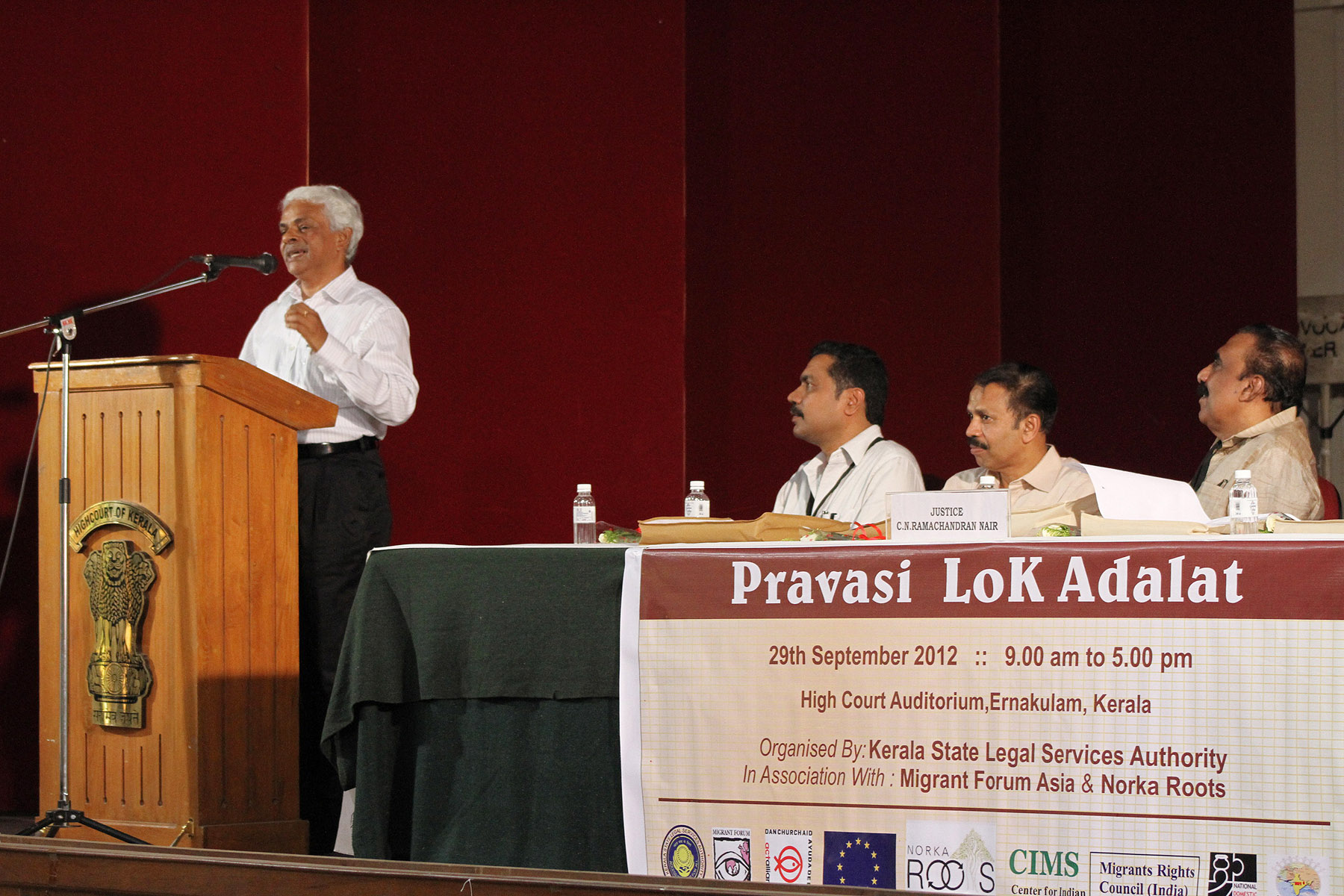 The Pravasi Lok Adalat has decided to pursue petitions by employees seeking compensation and benefits from their
employers. The petitions were filed by Indians, who mostly worked in West Asian countries, or by theirlegal heirs seeking
benefits from theirrespective foreign governments, employers orinsurers.
The decision was taken at the adalat which was held here on Friday. It was organised jointly by Kerala Legal Services Authority
(KELSA), Centre forIndian Migrant Studies (CIMS), and Norka Roots.
The petitions brought before the adalat were examined and discussed in consultation with Indian lawyers practising abroad.
KELSA would now send the petitions with its opinions to the National Legal Services Authority (NALSA).
NALSA would then get in touch with the foreign affairs department to get the grievances redressed through the respective
embassies.
The adalat was inaugurated by former High Court Judge C.N. Ramachandran Nair. Speaking at the function, George Joseph,
former Ambassadorto Qatar and Bahrain, said NRIs in distress should approach theirrespective embassies for help. More
often than not, the help of private sponsors is sought, which land them in more trouble.
Thampan Thomas, trade union leader, said immigrant workers were facing many problems. He said 50 per cent of these
workers were women. He stressed the need for enacting laws based on the norms laid down by the ILO to protect the interests
of immigrant workers. A.J. Varghese of Norka Roots spoke.
P. Mohanadas, member secretary, KELSA, welcomed the gathering and Rafeek Ravuther of the Centre forIndian Migrant
Studies, proposed a vote of thanks.