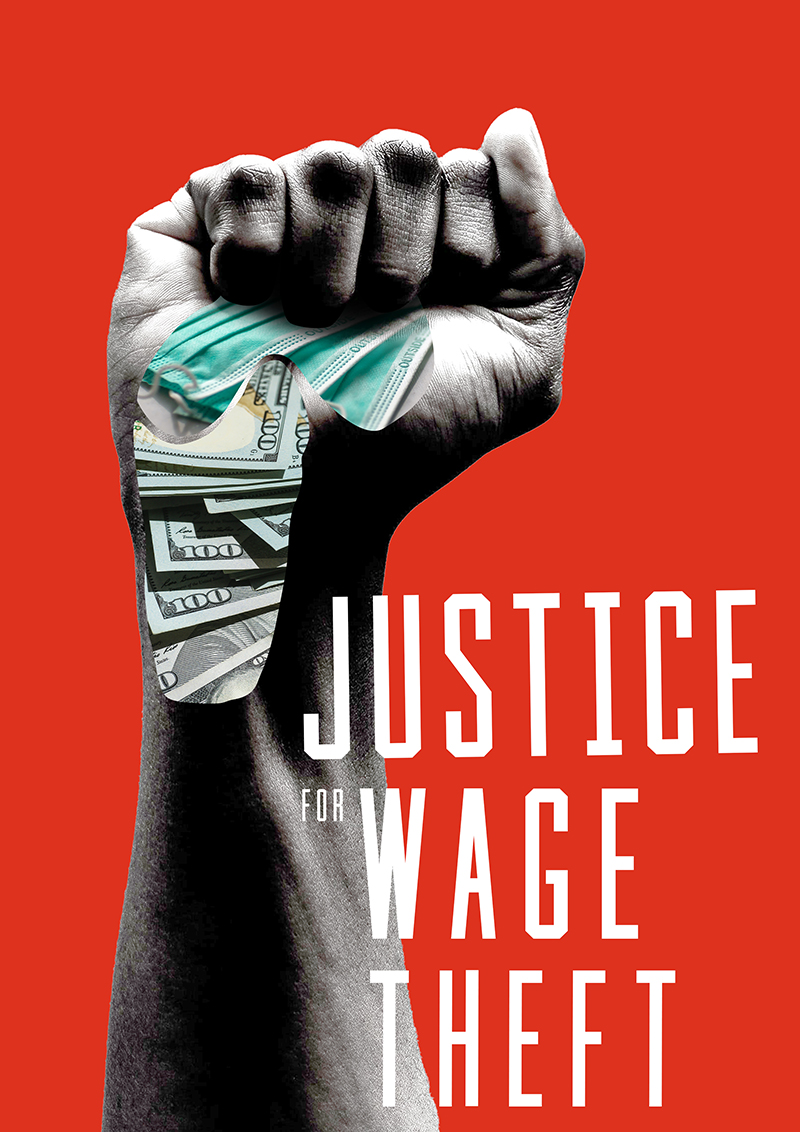 BACKGROUND COVID-19 pandemic has been taking a heavy toll on migrant workers in countries of destination by exposing them further into situations of exploitation. Many employers took advantage of this situation and the panic created among migrant workers to practice gruesome rights violation. This mainly occurred in the form of terminating workers without notice, withholding wages and service benefits, unlawful deduction of wages, unpaid leave and in worse cases, abandoning workers after all the above. This kind of unlawful deduction, rightly called as ‘wage theft’ became an extra burden for migrant workers during times when the whole world is fighting a pandemic. With this subject matter in concern, an international coalition of civil society organizations (CSO’s) and trade unions lead by the Migrant Forum in Asia (MFA) launched the Justice for Wage Theft Campaign1 with an appeal on governments to establish an urgent justice mechanism that addresses the plight of migrant workers whose wages have been unjustly withheld by their employers. The Centre for Indian Migrant Studies (CIMS) conducted the Campaign and documentation activities in India. According to the MFA2 , wage theft consists of the total or partial non-payment of a worker's 1 https://justiceforwagetheft.org/ 2 https://justiceforwagetheft.org/en/page/hnphk6n9whk remuneration, earned through the provision of labour services, as stipulated in a written or nonwritten employment contract. It also includes the payment of salaries below the minimum wage, non-payment of overtime, on-payment of contractually owed benefits, the nonnegotiated reduction of salaries as well as the retention of dues upon one's contract termination. Unpaid wages and dues have been a common issue faced by migrant workers over the years, but data collected as part of Campaign states that this kind of unlawful deduction drastically increased. The issue of wage theft increas